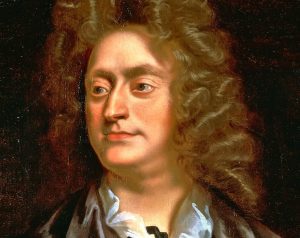 Henry Purcell (c. 1659-1695) was as appointed composer-in-ordinary to king Charles II in 1677, organist of Westminster Abbey in 1679 and the Chapel Royal in 1682––all prestigious positions. Purcell turned his attention to theater music when the need for royal music diminished due to the monarchs’ changing tastes, and he had a longstanding collaboration with the librettist John Dryden. Purcell may have died as young as 35, but he is revered as one of the greatest English composers for the quality of his output.

His notable works include the opera Dido and Aeneas, the semi-operas The Fairy Queen and King Arthur, and his suite of incidental music from the play Abdelazer, a theme of which is quoted in Benjamin Britten’s famous A Young Person’s Guide to the Orchestra.