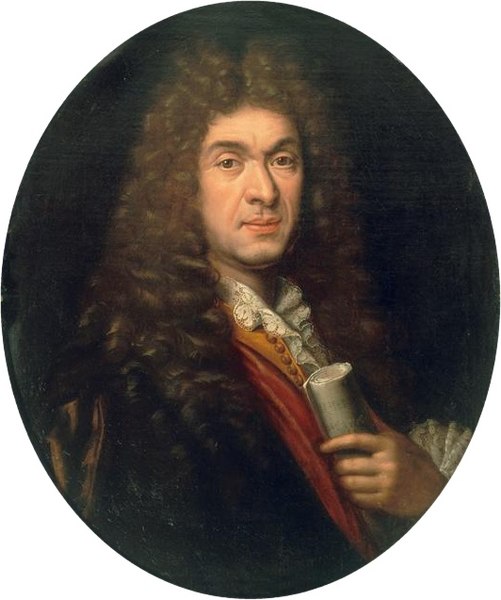 Jean-Baptiste Lully (1632-1687), despite being known for his work in French, was actually from Italy. His first musical mentor was a local Franciscan friar. In 1646 Lully went to France to be an Italian tutor to Louis XIV’s cousin Anne-Marie-Louise d’Orléans. Eventually, he became skilled in composition and dance and wrote operas and ballets for Louis XIV, his patron. As Lully’s favor with the king increased, many other musicians and composers became jealous and he was the victim of much backbiting. This was not undeserved since Lully was ruthless when it came to maintaining his position in Louis’s eyes. In the present day, Lully is most well known as a conductor because he famously died of a self-inflicted wound to his foot while conducting. Initially, the wound itself was not lethal, but later it became gangrenous. Lully refused to have his foot amputated because he wanted to dance on it, and so he succumbed to disease and died.

His notable works include his opera Cadmus et Hermoione, his Miserere, and his Folies d’Espagne