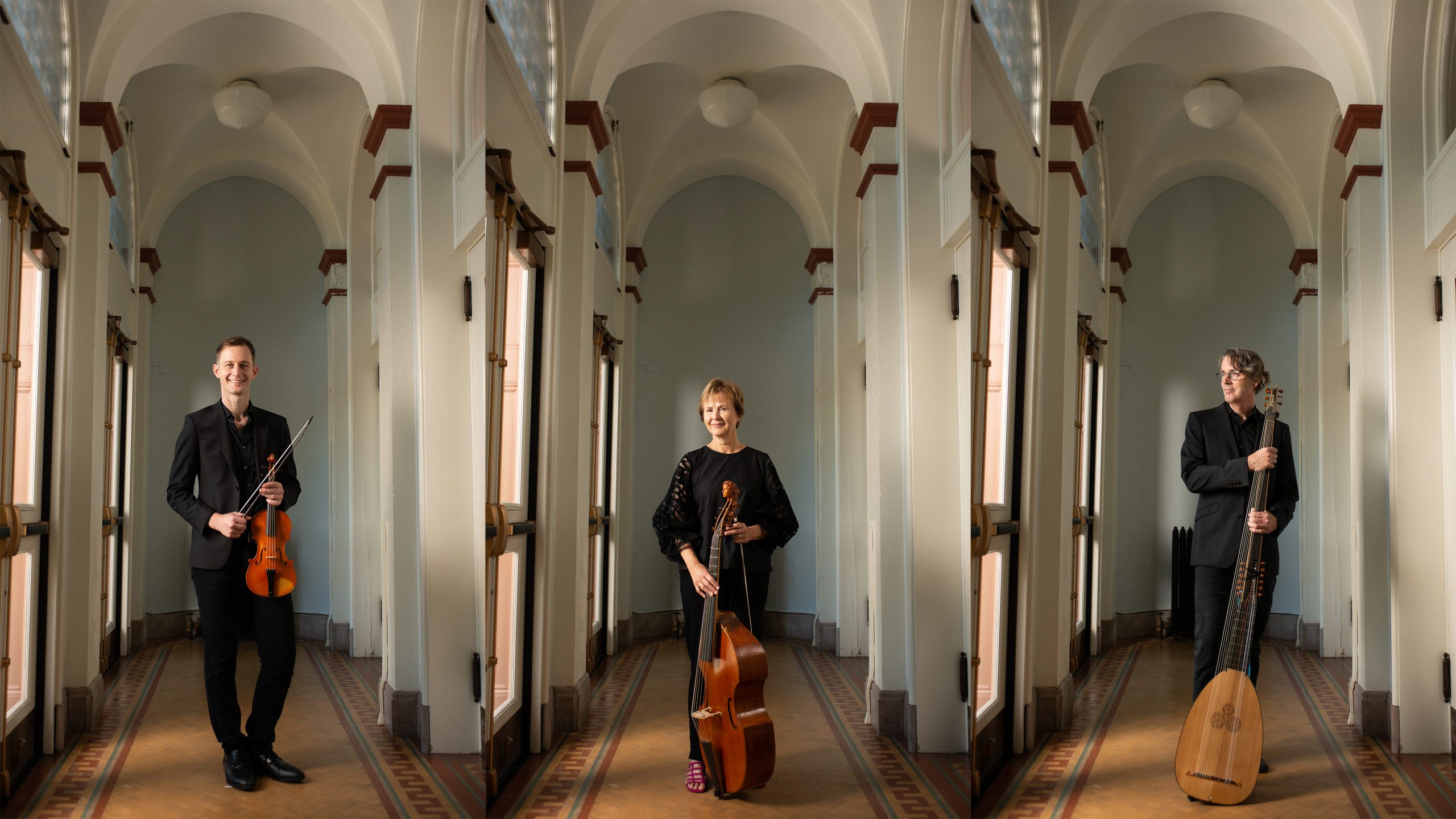 The Mission of Chatham Baroque is to connect diverse audiences to the passion and depth of the music of the Middle Ages, Renaissance, Baroque, and Early Classical periods through vivid and compelling performances and educational experiences.

Since 1969, the Renaissance & Baroque concert series has brought distinguished early music artists and ensembles from across the country and around the world to perform in Pittsburgh. This concert series spans approximately 1000 years of music from the Medieval period to the Classical period, and the performances range in size from solo recitals to baroque orchestras.

About the Chatham Baroque Ensemble

Since its founding in 1990, Chatham Baroque has become “One of the country’s most distinguished period ensembles” (Palisadian Post), and “One of Pittsburgh’s greatest treasures” (Pittsburgh Post-Gazette).

The ensemble has toured across the United States as well as in South America and Mexico, the Virgin Islands, and Canada. The New York Times praises their “colorful virtuosity”; the Washington Post calls them “musically impeccable”; the Chicago Tribune, “a splendid period-instruments ensemble”; and the Pittsburgh Post-Gazette proclaims, “Pound for pound, you aren’t going to find a better ensemble … than Chatham Baroque,” and “in terms of quality of artistry, Chatham Baroque is comfortably on par with the Pittsburgh Symphony Orchestra and Pittsburgh Opera.” Chatham Baroque’s productions have been repeatedly listed among Pittsburgh Post-Gazette’s “Ten Best Classical Concerts” and the ensemble was called one of the “Top 50 Cultural Forces in Pittsburgh,” serving as ambassadors for early music in Pittsburgh both nationally and abroad.

Chatham Baroque prides itself on its commitment to the Pittsburgh region. It is Ensemble-in-Residence at WQED-FM and Calvary Episcopal Church, and its scope of work has been substantially broadened in recent years by exciting collaborations with Quantum Theatre, Pittsburgh Symphony, Pittsburgh Opera, Renaissance & Baroque, Pittsburgh Festival Opera, and Attack Theatre. Chatham Baroque also gives free family concerts at public libraries, presents its children’s series Peanut Butter & Jam Sessions, and participates in other various community and early childhood events.

The ensemble continues to thrive with a full calendar of concerts, tours, and musical collaborations, and has recorded ten critically acclaimed CDs, the latest of which is No Holds Barred: Stylus Fantasticus Sonatas and Suites of Biber, Schmelzer, Bertali & Schein (2017). 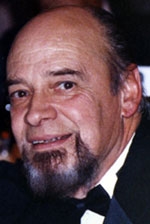 Colin Sterne (Nov. 14, 1921 – July 23, 2008), taught music at the University of Pittsburgh for 38 years until his retirement in 1986. He was composer, founder and conductor of the Ars Antiqua Players, (an early music group). On August 20, 1969, Sterne and a group of professional and amateur musicians founded The Renaissance & Baroque Society of Pittsburgh.

In the half century since its founding, the Renaissance & Baroque concert series has become a legendary stop of the early music performance tour, and Pittsburgh audiences have enjoyed unforgettable programs of early music from Beowulf to Beethoven as interpreted by the very finest national and international groups and soloists. 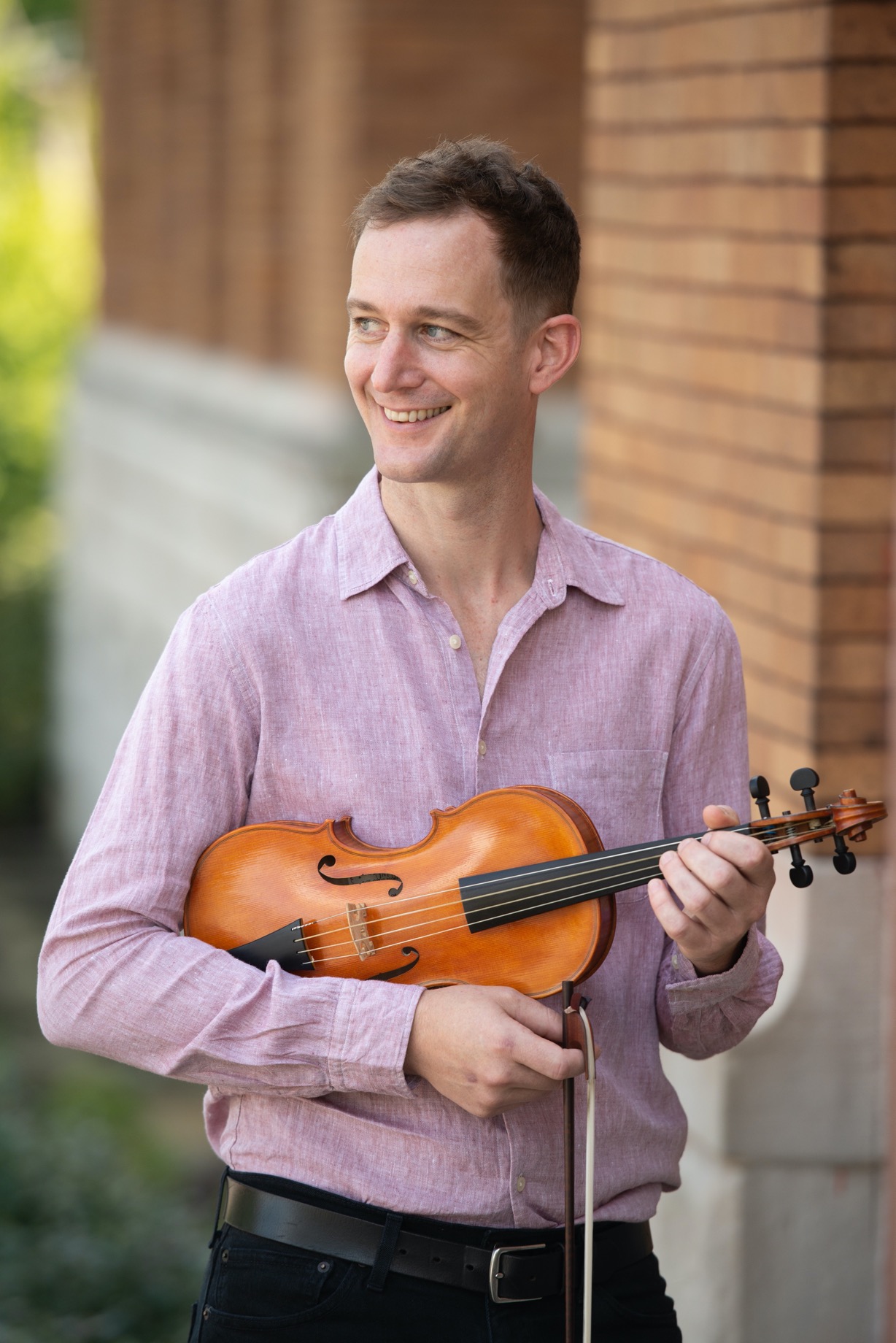 Andrew joined Chatham Baroque in 2008. In performance with the ensemble he has been noted for his “mellifluous sound and sensitive style” (Washington Post) and as “an extraordinary violinist” who exhibits “phenomenal control” (Bloomington Herald-Times), while the Lincoln Journal-Star wrote that his “talent challenges the top soloists of today’s classical stage.” In 2008 Andrew won first prize at the American Bach Soloists’ International Baroque Violin Competition. In addition to Chatham Baroque, he regularly appears with The Four Nations Ensemble, and Apollo’s Fire. Since 2010 Andrew has served as concertmaster with the Washington Bach Consort, in performance with which the Washington Post has written “Fouts, the group’s new concertmaster, was exemplary on the highest part, playing with clean intonation and radiant tone.” He has taught at the Madison Early Music Festival and the Oficina de Música de Curitiba, Brazil, and can be heard on recordings with Chatham Baroque, American Bach Soloists, Philharmonia Baroque, Apollo’s Fire, Musik Ekklesia, and Alarm Will Sound. His principal teachers include Charles Castleman at the Eastman School of Music and Stanley Ritchie at Indiana University Jacobs School of Music. 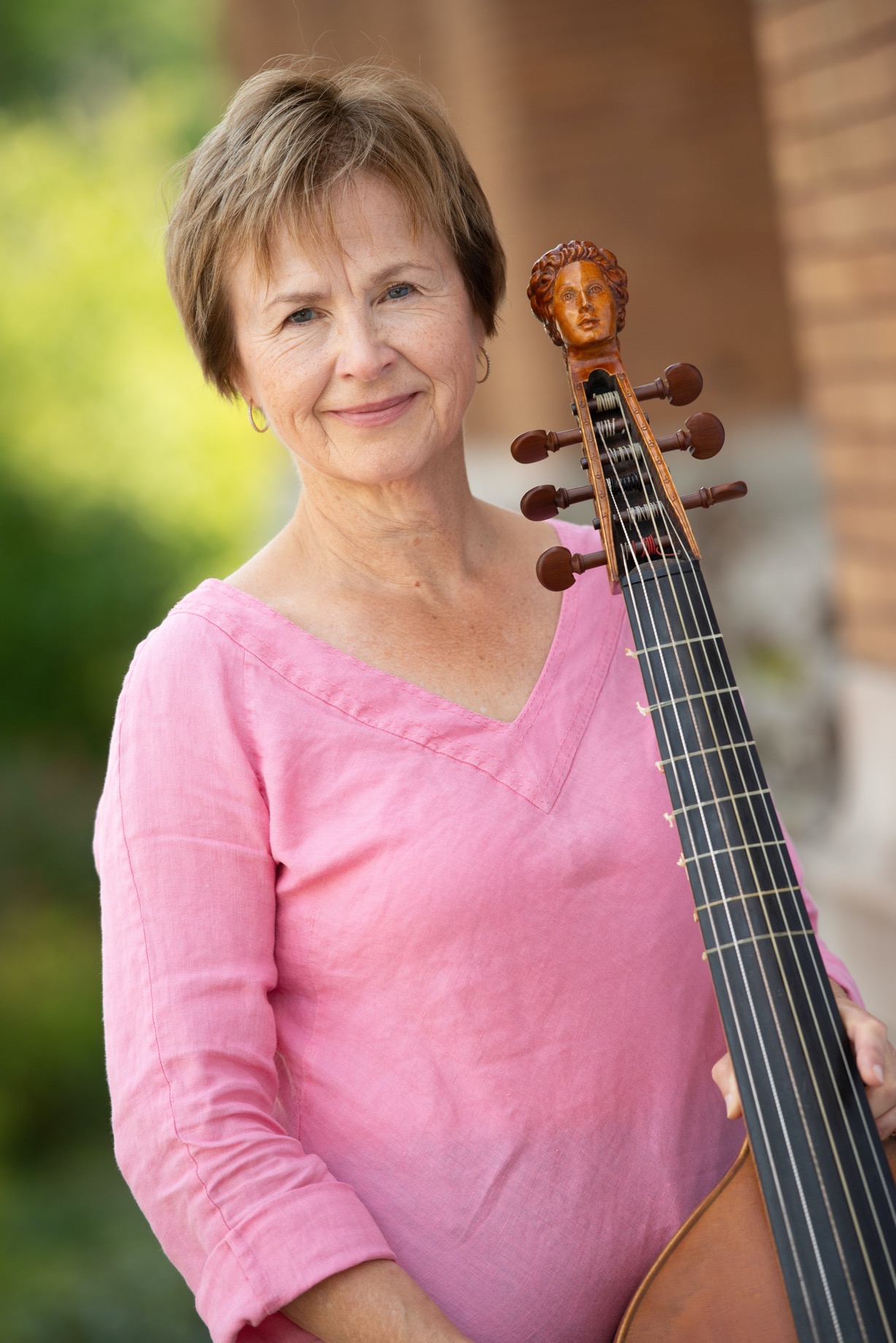 Patricia Halverson, holds a doctoral degree in Early Music Performance Practice from Stanford University. She studied viol with Martha McGaughey while at Stanford, and following the completion of her D.M.A., continued her studies at the Koninklijk Conservatorium in The Hague. A native of Duluth, Minnesota, Patty is a founding member of Chatham Baroque. Recent collaborations outside of Chatham Baroque include concerts with Four Nations, The Rose Ensemble, Empire Viols, J. S. Bach’s Brandenburg Sixth Concerto with the Pittsburgh Symphony Orchestra and Bach passion performances with Baldwin-Wallace University, the Buffalo Philharmonic and the Pittsburgh Symphony Orchestra. Patty has taught recorder and viol at summer workshops including the Madison Early Music Festival, Early Music Mideast and the Viola da Gamba Society of America’s annual Conclave. 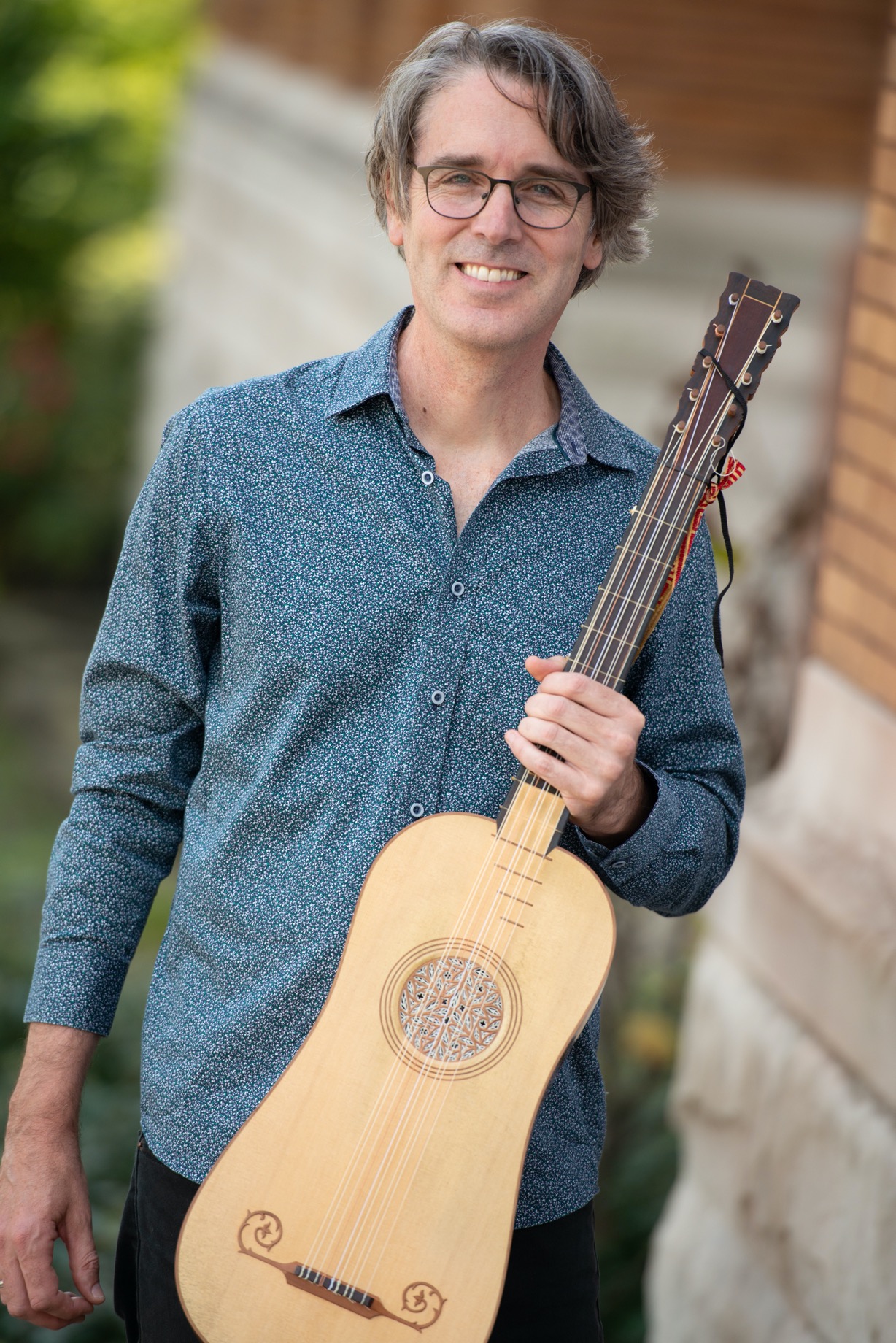 Scott holds a doctoral degree in Early Music Performance Practice from Stanford University. Before settling in Pittsburgh in 1996 to join Chatham Baroque, he lived in London for five years, where he studied with Nigel North at the Guildhall School of Music and Drama. There he performed with various early music ensembles, including the Brandenburg Consort, The Sixteen, and Florilegium. He won prizes at the 1996 Early Music Festival Van Vlaanderen in Brugge and at the 1994 Van Wassenaer Competition in Amsterdam. In North America Scott has performed with Tempesta di Mare, Musica Angelica, Opera Lafayette, The Folger Consort, The Four Nations Ensemble, The Toronto Consort, and Hesperus and has soloed with the Atlanta Symphony Orchestra. He has performed in numerous Baroque opera productions as a continuo player, both in the USA and abroad. He performed in Carnegie Hall in New York and at the Library of Congress in Washington, DC, with the acclaimed British ensemble, the English Concert. In 2016 Scott traveled to Argentina for the Festival Internacional de Música Barroca “Camino de las Estancias,” in Córdoba.