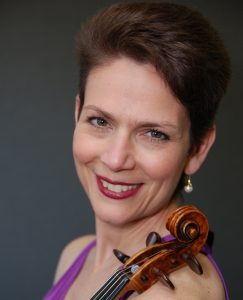 Kristen Linfante, viola, holds Bachelor’s and Master’s degrees from the Juilliard School of Music where she began her studies at the age of 14. She specializes in both modern and baroque viola and is a long time member of Apollo’s Fire Baroque Orchestra. Kristen has also served as principal viola of the Orchestra de Catania in Catania, Sicily and has performed frequently with the Philadelphia Orchestra, San Francisco Symphony, San Francisco Opera, San Francisco Ballet, Houston Symphony, and the Minnesota Orchestra. She also performs often as guest violist with Chatham Baroque. Equally at home as an arts administrator, Kristen also serves as Executive Director of Chamber Music Pittsburgh, an internationally recognized presenter of chamber music in the Pittsburgh region.